Music news from around the world

Trendy Artist of the Week: Maroon 5, Max Pezzali, The Vamps, Elton John, 2Cello
Another week passed, so it's time we bring you some cool industry news about the trending musicians on our website. Enjoy!
Maroon 5 Announces European Tour Dates The pop-rock band out of California, Maroon 5, has been playing since 1994, found mainstream success in the early 2000’s, and is still a popular musical act around the world to this day - that is som(...)
Interview With Singapore-Based EDM Duo Rave Republic
The two widely successful DJ's, Mathias Schellt and Stas Madorski, were kind enough to give an exclusive interview about their music and career to our site, Concerty.com
CONCERTY.COM: What drew you to electronic music initially? RAVE REPUBLIC: We have both always been very pationate about music. Matt has played the piano since age 6. I spent many years listening to radio when I was younger and fell in lov(...)
Trendy Artists of the Week: Kygo, Rod Wave, Taylor Swift, Dadju, Fatma Turgut
There's always a lot happening in the music inudstry in any given week of the year. Here's a quick rundown of news about the trending artists on our website.
Kygo Surprises Fans With His Fourth Album “Thrill of the Chase” Fans of the Norwegian EDM artist Kygo went for over two years without getting a new full-length album from their favorite DJ. Then, during the summer, they got the good news:(...)
Trendy Artists of the Week: CNBLUE, FT Island, N-Dubz, LANY, Morat, Damso
It's that time of the week again: let's take a look at what happened to the trending artists on our site. Here's some juicy industry news, for your reading pleasure.
Lee Hong-Gi of FT Island and Jung Yong-Hwa from CNBLUE to Hold Solo Christmas Events in Japan While Christmas is not an official holiday in Japan, that doesn’t mean the island nation has none of that holiday spirit in December. In fact, t(...)
Top10 Worldwide Music Selection from Concerty - October 2022
Let's take a fresh look at what songs have been popular in what parts of the world - it's time for our monthly rundown of international chart toppers again.
Taylor Swift - Anti-Hero (CANADA) Taylor Swift has knocked it out of the park with her new record. In fact, she has just become the first ever artist to occupy all 10 spots in Billboard’s Hot 100’s top 10 since the famous singles chart started (...)
Trendy Artists of the Week: Blackpink, Placebo, Lovejoy, Duman, Marco Mengoli
It's another week, another time to look at some industry news involving the trending artists on our website. We hope to catch you up to speed.
New BLACKPINK Song Ties Their Record for Longest on Billboard Chart The K-pop girl group BLACKPINK has been on a roll lately. Their new hit single, “Pink Venom”, has ended its eighth week on Billboard’s Pop Radio Airplay chart, a list th(...)
Trendy Artists of the Week: Bruno Mars, 50 Cent, The Cure, Backstreet Boys, Sagopa Kajmer
This is what the trending artists on our website have been up to lately. Read and learn about the latest releases and drama.
Bruno Mars Withdraws His Duo Silk Sonic From Grammy Considerations Bruno Mars is a jack of many traits. He can play the drums, piano, keyboard, bass, ukulele, and even the congas. He’s put out hits in many different genres as well, includ(...)
Top10 Worldwide Music Selection from Concerty - September 2022
In this article series, we share with you what songs were popular in what parts of the world month after month.
Now, without further ado, let's take a look at our September selection. Steve Lacy - Bad Habit (UNITED STATES) Steve Lacy was among the winners in his home country of the US last month. His new soul/R&B single “Bad Habit” charted high for (...)
Trendy Artists of the Week: Lizzo, Hadise, Eros Ramazzotti, Post Malone, Sfera Ebbasta
Let's read some colorful industry news about the artists who generated the most traction on our site recently.
Lizzo’s “The Special Tour” is Kicking Off Tomorrow in Sunrise, Florida American singer-rapper Lizzo is living through an exciting time. She just won an Emmy Award in the Outstanding Competition Program category for her Amazon Prime series(...)
Trendy Artists of the Week: Justin Bieber, Melike Şahin, Stray Kids, Avril Lavigne, Böhse Onkelz
In this article, we're bringing you interesting industry news about the most popular artists on our site this week.
Justin Bieber Suspends Tour Due to Health Concerns Back in June, pop superstar Justin Bieber was diagnosed with Ramsay Hunt syndrome. It’s a rare neurological disorder that left half of his face temporarily paralyzed. With millions of fan(...) 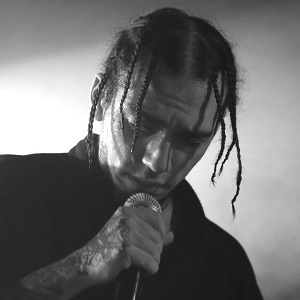 Top10 Worldwide Music Selection from Concerty - August 2022
It's time for us to share with you again what songs were popular all around the Globe last month. Hope you'll enjoy our list.
We do this every month so you can find new music that otherwise likely would have avoided your attention. We all tend to be overexposed to artists that are popular in our part of the world, we're here to help remedy that. Ezhel - Nerdesin (TURK(...)
Trendy Artists of the Week: Bad Bunny, Edis, Imagine Dragons, My Chemical Romance, Frah Quintale
In this article, we give you a rundown of what happened to the most trending artists on our site this week.
Bad Bunny Releases New Music Video “Neverita” Puerto Rican hip hop and reggaeton superstar Bad Bunny released his new album, “Un Verano Sin Ti” (which translates to “A Summer Without You” in English) back in May of this year. However, tha(...)
Trendy Artists of the Week: Daddy Yankee, Gemitaiz, Big Time Rush, Red Hot Chili Peppers, Feid
In this article, we're bringing you news about our trending artists from all around the world.
Daddy Yankee Hit by Copyright Fraudsters While Performing on Farewell Tour Puerto Rican music legend Daddy Yankee announced his retirement from music earlier this year. He’s currently on his farewell tour. During his latest appearance at (...)
Trendy Artists of the Week: Yıldız Tilbe, Arctic Monkeys, Coldplay, Ed Sheeran, Machine Gun Kelly
Here's what some of our most popular artists have been up to past week all around the world.
Yıldız Tilbe Sings for a Crowd of 150 Thousand People in Istanbul Turkish pop-folk singer Yıldız Tilbe had quite a show at the Yenikapı Event Area in Istanbul last night. No fewer than 150,000 people turned up to see her perform! This was(...)
Top10 Worldwide Music Selection from Concerty - July 2022
The love of music is one of the few universally shared experiences in the world - no matter where you are, chances are you like putting on your headphones and vibe to your favorite tunes from time to time.
However, we also tend to focus just too much on what’s popular in our neck of the woods. We here at Concerty.com would like to help broaden your musical perspective a little bit. Here is a rundown of what was popular last month in different cou(...)
Trendy Artists of the Week: Kendrick Lamar, Ozuna, The Weeknd, Sefo, and Kygo
In this article, let’s take a look at some recent news about some of the most popular artists on our site.
TDE President Reflects on Kendrick Lamar Departure Hip hop superstar Kendrick Lamar released his debut album “Section.80” with Top Dawg Entertainment back in July 2011. The label and the artist produced 4 more studio albums together since, most(...)
Trendy artists of the week : Achille Lauro, Fabri Fibra, Max Pezzali and Marshmello
In this article, we’re bringing news to you about what some of the most popular artists on our site have been up to lately.
Achille Lauro On Tour in Italy 32-year-old Italian singer-rapper Achille Lauro is on tour in his home country, promoting the re-issue of his 2021 self-titled album “Lauro”. On Wednesday, July 13th, he performed live at the Ippodromo Capannelle (...)
Top10 Worldwide Music Selection from Concerty - June 2022
Music is often called a universal language. People tend to enjoy it all around the world - and by the world, we don’t just mean the United States.
That is why you too should listen to some of the biggest hits from around the Globe, not just American songs that tend to dominate the charts everywhere. Sadly, artists from outside the anglo-sphere can have a difficult time getting internationa(...)

Please wait, while we work our Magic...